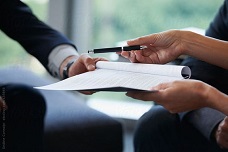 PM vows not to bow to traders’ pressure by saying I will not give in to the unreasonable demand of the business community. I will not step back after countrywide strikes trading organization. Although there are many ways in the taxation system, that cannot be made the reason to call all the countrymen tax thieves hence, PM Imran Khan should change his statement, as Business leaders condemn him for calling everyone tax thieves. My government is still facing opposition in different sectors, but I vow to stand out upon the corrupt mafia Imran Khan Vows not to bow to urge over reforms,

According to a press report, PM Imran Khan is going to hold a meeting with the All Pakistan Traders Association (APTA). On January 12, 2020, denying all reports of a split between the FBR Chairman. A day earlier, FBR Chairman tweeted, “The prime minister will announce that traders’ community will seek the assistance of trade bodies incomplete documentation and tax contribution by trading sector.”

The prime minister, said with a delegation of the Federation of Pakistan Chambers of Commerce and Industry (FPCCI), according to a report, “showed his failure to quickly ease tight commercial and fiscal policies and withdraw the Computerized National Identity Card condition amid industrialists’ concerns that more industrial units can become sick due to controlling conditions.” The FPCCI demanded a reduction in interest rate, energy prices, and withdrawal of the condition of CNIC copy on purchase exceeding Rs50, 000. But the premier declined all these demands saying wait for stabilization.

On January 9, 2020, top FBR officials met traders’ delegates to review progress on the agreement towards implementing the condition of providing CNIC copy on sale and purchase of goods. This meeting took place after “relief package” for traders was announced through Tax Laws Ordinance, 2019, wherein the standard rate of minimum turnover tax was decreased from 1.5 percent to 0.5 percent in case of traders having turnover of up to Rs100 million for the tax year 2020. For traders who filed income tax returns in 2018, the tax liability for 2019 and 2020 should not be less than the tax liability in 2018 to become acceptable for the reduced rate of 0.5 percent. Traders with special status and having a turnover of up to Rs100 million are not required to act as withholding agents under section 153 of the Income Tax Ordinance, 2001 [“the Ordinance”].

According to FBR's press report, traders were noted of their responsibilities, and they promised to help in three areas: “To help the FBR search for new income tax filers, address disputes regarding quantum of declared turnover and identify outlets that are larger than 1,000 square feet to determine whether they are eligible for sales tax registration”. An opposing point of view is that many traders, e.g., wholesalers in iron and steel, and FMCG, as well as cement, tires, mobile handsets, automobiles, yarn, paper, etc. have a very narrow profit margin but their turnover exceeds Rs100 million. The FBR claimed that only 300,000 traders are registered” under the Sales Tax Act, while traders said, “the estimate is as high as 2 million.” In the meeting, the FBR and trade representatives agreed on a roadmap for the implementation of the contract.

Through the tax laws Ordinance, 2019, traders having a turnover of up to Rs100 million have been released from deducting tax under section 153 of the Ordinance while making amends against the supply of goods, services, and deals. The FBR has yet to explain the year concerning the turnover would be calculated. The medium-sized traders have been absolved from their liability as withholding agents to improve ease of doing business. The trade associations have committed to getting all medium and large-sized retailers registered apart from choosing their representatives to estimate the turnover of the under-declared organizations. They have also joined hands with the FBR for dispute decision in audits.

According to data released by the FBR, out of over 3.5 million traders in the country, only 312,361 have been filing tax returns. It is true, but the FBR should also acknowledge the vast number of non-filer traders having commercial electricity connections (the number is 3.2 million) and who are paying advance income tax under section 235 of the Income Tax Ordinance, 2001 where tax paid up to bill amount of Rs360, 000 per annum till the tax year 2019 was treated as minimum tax with no claim to a refund. All traders are thus paying advance income tax, but according to tax education, only a fraction is filing tax returns. This proves the utter failure of the progressive governments, military and civilian alike, to enforce income tax law. On the contrary, they had been offering original waivers, immunities, and asset whitening to tax-defiant traders.